A new dialog will now open when making changes to symbolic data that are used in completed actions. This allows the user to avoid making unintentional changes to completed actions while adding new or changing existing specific deadlines or responsibles. The dialog that opens shows a list of the completed actions, whereby all will automatically be ticked. Simply uncheck the boxes for the actions you do not want to make any changes to and click “OK”.

Object Inspector: Transferring user-defined attributes from a variant to the mother structure is now possible (RP-4863)

In the Object Inspector, it is now possible to transfer a user-defined attribute from a variant to the mother structure (i.e. convert it to a master value). To do this, select a system element in e.g. the Structure Editor which is part of a structure that has variants. Open the Object Inspector (Ctrl + i) and switch to the “References(V)” tab. There you can select a user-defined attribute and, using the context menu, convert the variant values into master values (mother structure). 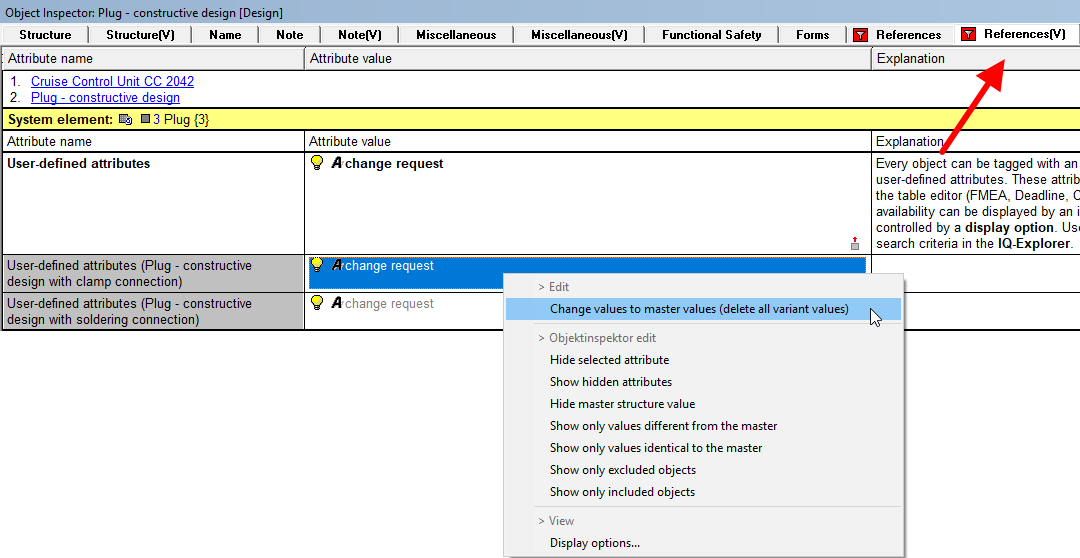 When a new service pack has been installed, upon restarting the IQ-Software it is possible to have the new features and fixes displayed. This dialog will only appear once and shows from which service pack the IQ-Software was updated from (e.g. from 0140 to 0150). It will display the latest released service pack at the top, along with the entire changelog of all the service packs released for Version 6.5. This setting is active per default. This can be deactivated in “Tools | Workstation settings | Settings | Personal Desktop”. 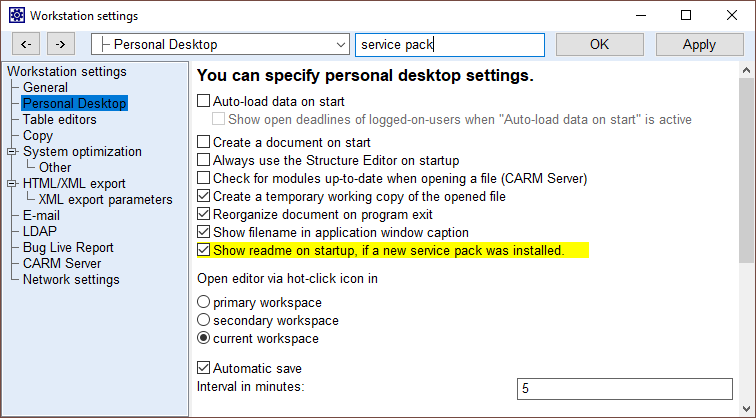 Deleting notes in the Properties Dialog: It is now possible to delete notes using the “Delete” Icon, along with their translations and in all categories. A dialog will open if a translation or category exists for that note. If neither exist, only the visible text will be deleted. When deleting notes within a variant, the deletions will only apply to that variant. 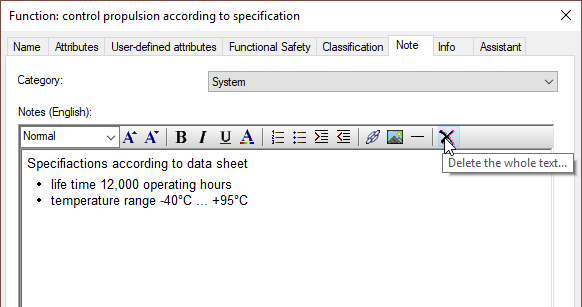 Click here to go directly to the forum to discuss these and other highlights of this Service Pack.

Note: If the text appears in German and you would like to translate the page then first select “English” at the top left of the screen.